And for more of the same download our Internet Statistics Compendium…

By tracking 610m devices it found that the surge in app usage in the year up to April 2015 has been driven by three categories:

Other categories also continued to grow at a slower rate, such as social and messaging (42%), games (25%) and music, media and entertainment (40%).

A Nielsen study shows that TV retains a strong influence over purchasing decisions in Malaysia.

10% of Malaysians rank TV as their top source for product information and just under half (46%) say TV ads exert the most influence over their purchase decisions, putting it in second place behind recommendations from family and friends.

Which of these sources impact your purchase decisions? Ecommerce brands in India have begun to focus more on brand building instead of ads that emphasise low prices, according to a former marketing head at Diageo India.

He suggested that India’s ecommerce firms were largely still stuck in phase one and had so far failed to build an emotional connection with their customers.

Social media usage in rural India has doubled in the past year, albeit from a very small base.

A study by the Internet and Mobile Association of India shows that 25m people in rural India now use social media, compared to 118m of those in the urban population.

A new study by Accenture and AliResearch predicts that China’s cross-border ecommerce will increase more than ten-fold to $245bn by 2020.

Global cross-border ecommerce transactions are set to reach $994bn in the same period, a massive increase from $230bn in 2014.

The report also predicted that there will be 200m Chinese online shoppers by 2020 out of a global total of 900m. A new study from PwC shows that the internet has become the main engagement and transaction channel for Chinese people.

The survey found that 85% of Chinese consumers choose a digital channel as the first step for product research.

You get what you pay for

A survey of mobile users across APAC found that respondents were largely willing to pay extra for improved network performance.

Just over half of respondents (56% vs. 45% globally) said they would pay extra for better coverage and for faster downloads (56% vs. 42% globally).

Almost a third said they would pay for a time-limited speed increase in order to stream a film or watch a live event.

This includes all forms of online media, such as display, search and video. In real terms this represents $8.2bn of adspend. YouTube’s push into Thailand has already had a big impact, according to the country head of Google Thailand.

After launching a dedicated Thai homepage earlier this year, Ariya Banomyong said that watch time has increased by 110% and there has also been a 50% uplift in the number of videos being uploaded by partners and creators.

Furthermore, around half of YouTube usage in Thailand takes place on mobile.

And finally, here’s an infographic from Flipit.com that gives an insight into Singaporean shopping habits…

Mobile has overtaken desktop in terms of Internet traffic, with profound effects on smartphone users.

This article looks at the psychological differences between smartphoners and desktoppers and what each may mean for marketers. 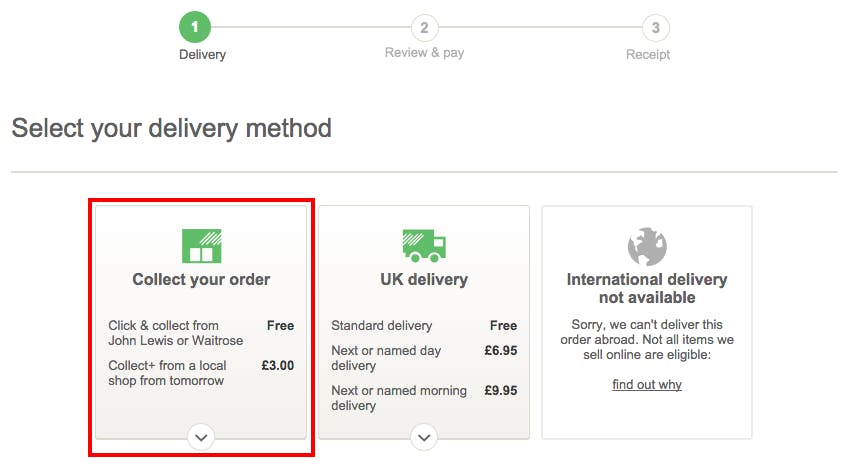 John Lewis announced yesterday that it would be charging £2 for all click and collect orders under £30.

The retailer says this move will reduce costs and enable long term investment in the service, but is it a good idea?